what a dissonant melody We’ve got our own domain now! The blog has been transferred to:

Sorry for the inconvenience guys- the move from wordpress.com to wordpress.org was a little rough and imperfect, so make sure to follow me via the links on that site to continue getting stylishbooknerd updates in your feeds. 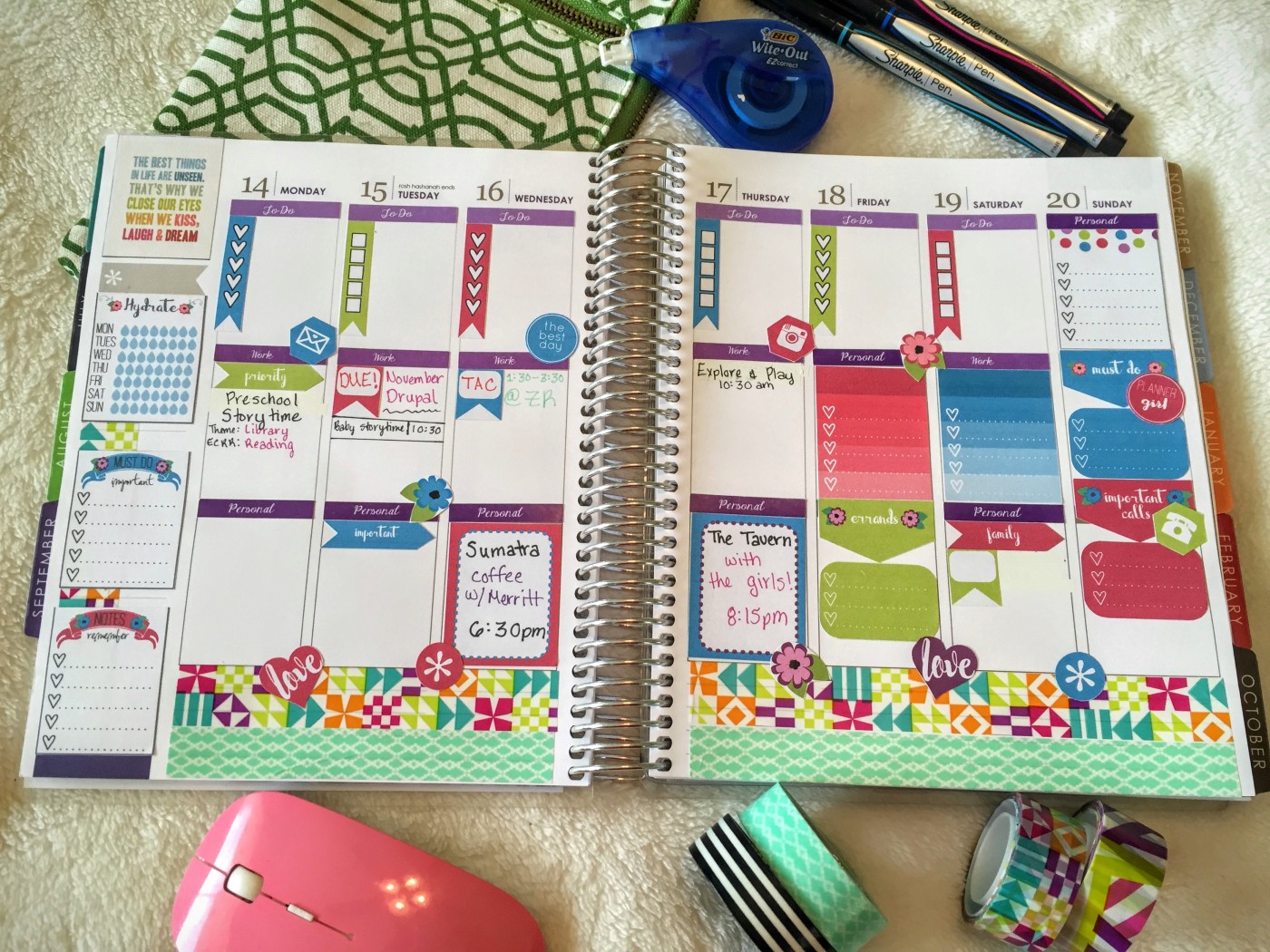 Ready for some weekly planner love? I know you are. Read on to see the details of this gorgeous spread– who made the stickers, where to find them, and me gushing over how talented their creator is. Go forth and enjoy. END_OF_DOCUMENT_TOKEN_TO_BE_REPLACED

Invasion of the Tearling by Erika Johansen (audiobook)

In case you’re not yet familiar with this series (and the first book got a lot of buzz, so I’m sure any of you that are Bibliophiles at least heard of Queen of the Tearling), Invasion of the Tearling is the second book in what I’m assuming is called the Tearling series. Goodreads does not deny or confirm this and I’m too lazy to go looking elsewhere. Partially because, after staying up an hour after my usual bedtime to finish this, I’m still not sure how I feel about this book.

Yeah. It’s one of those. It went the way of the sequel. Please beware, there may be some spoilers after the cut, though I’m going to TRY not to give anything major away while still explaining my feelings about this novel. Wish me luck, may the force be with me. END_OF_DOCUMENT_TOKEN_TO_BE_REPLACED

It already feels like summer is over now that schools are back in session, even if the official end isn’t until later in September. Regardless, the upcoming week’s planner spread in my Erin Condren Life Planner still features watercolor stickers and a lot of bright, summer accents because Summer Forever, am I right? END_OF_DOCUMENT_TOKEN_TO_BE_REPLACED

Guess what? It’s FRIDAY! Try not to get that Rebecca Black song stuck in your head. What’s that? You just did? Oops… sorry not sorry.

Today’s Friday Five feature is going to be all about the 5 lippies I’m currently and have been obsessed with. For me, summertime is perfect for a natural look around the eyes, a sun-kissed glow, and beautiful, bold, bright lip color, and even though it’s about time to start transitioning to beautiful berries and fall colors, I’m still rocking these. Follow the cut to find out more (including swatches) about the lovely lippies that gave me the perfect summer pout.

END_OF_DOCUMENT_TOKEN_TO_BE_REPLACED

Everything Leads to You by Nina LaCour

Have you read this book yet? No? Go grab it immediately. With one book, Nina LaCour has made herself my favorite Contemporary YA author (possibly my favorite. JK Rowling is my YA queen and will never be beaten, so she hardly even counts). Let’s start with the basics of what makes this book so lovely, shall we? END_OF_DOCUMENT_TOKEN_TO_BE_REPLACED

It’s a new week! While I meant to post this yesterday…. it didn’t happen. Weird that things don’t fall perfectly into place, even when they’re in my planner isn’t it? Anyhow: I usually like to do my weekly spreads on Sunday morning over coffee, but there was a wrench thrown into my usual routine (doesn’t the Universe know I NEED my morning routines to survive until noon!?!) and so my planning got pushed off until last night when there was bad picture lighting and then I was rushing off to a coffee date with friends. So it didn’t get photographed and I didn’t get a blog post about it up. So today’s the day instead!

END_OF_DOCUMENT_TOKEN_TO_BE_REPLACED

Over the weekend, my younger sister and I went to go see “Fantastic Four.” As a huge comic nerd in high school (who still very much reveres the universe of comic books, even if they haven’t been my go-to reading material in the past few years), I was supremely excited for the film reboot of these characters. The casting looked amazing (how can you not love Michael B. Jordan after his arc in Parenthood, one of the greatest tv shows of all time?). The original franchise certainly wasn’t, in my opinion, that bad; but I assumed this reboot could only improve on the characters and their storyline. Rumors were that it would be different. Rumors were that it would be more about after their Powers instead of how they got them. And then I saw the film and was utterly underwhelmed.

Hi lovelies. Welcome to my first ever attempt at planner blogging! I’ve recently been enamored with the world of a planner addict. I was first introduced to it by Elle Fowler’s Youtube channel a few years ago, when she introduced her Erin Condren planner. At first I thought, “That’s lovely but who spends that much on a planner!?” As she continued to film her videos, though, and I became more and more intrigued, I finally came to this conclusion: What the hell. I’m in.

I bought my first Erin Condren last month and I haven’t looked back. (I know that’s not that long but JUST LOOK AT IT).

END_OF_DOCUMENT_TOKEN_TO_BE_REPLACED

Author of all things romance

A Narcissist Writes Letters, To Himself

It's time to get hella serious about writing!